The resources provided on this site are designed for amateur and professional musicians and music educators to serve as a companion piece to Completing the Circle: Considerations for Change in the Performance of Music by Bud Beyer. The videos and documents on this site showcase Professor Beyer’s artistic concepts, enabling teachers and performers to comprehend these concepts and exercises with greater understanding and providing them with a practical and understandable pathway to integrate these concepts into their ensemble rehearsals, their daily teaching, and their artistic work.

“We need opportunities, through the process of artistic development and research, to objectively examine ourselves and our work and what we are communicating to those around us through the arts.”

Dialogue By Music A Conversation with Craig Kirchhoff, Shanti Simon, and Patti Beyer First Suite in E-Flat for Military Band, Op. 28, No. 1 by Gustav Holst, University of Oklahoma Wind Symphony

“Completing The Circle,” by Bud Beyer

Bud was very deeply honored to work with musicians. So it is with our profound gratitude that we thank all musicians of “Completing the Circle” Tracks 1 and 2: the Norwegian Chamber Orchestra in performances of Schoenberg’s Verklärte Nacht and Gates of Hell and Strauss’s Metamorphosen; Camerata Nordica in performances of Metamorphosen; University of Minnesota Workshops of 2017 and 2018; University of Oklahoma Workshop & Performance of First Suite in E-flat for Military Band by Gustav Holst, and the Norwegian Chamber Orchestra in performances of Rodin on tour to Gøteborg (Sjostakovitsj Chamber Symphony).

At Grieg Academy of Music, University of Bergen in Norway:

At Chorus America in Chicago, Illinois

Publishers of Completing the Circle 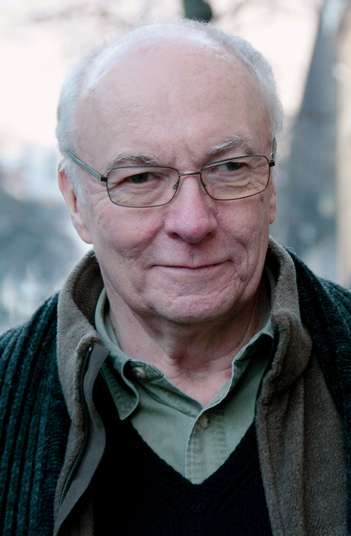 Bud Beyer, Professor Emeritus in Theatre, Northwestern University, joined the faculty in 1972 and served as head of the Acting Program until 1989 when he was chosen to chair the Department of Theatre. He stepped down as chair in 2002 and retired from Northwestern in 2008.

Professor Beyer was also Founder and Director of the Northwestern University Mime Company established in 1972, which toured extensively throughout the United States and Europe. A member of SAG, AEA, and AFTRA, Bud has professional credits as an actor, director, and theatre manager, and has taught intensive scene study for professional actors in New York, Los Angeles, and Chicago. He has conducted workshops in mime and acting for colleges, universities, and festivals across the United States and published, with Charlotte Lee, Speaking of Theatre, Scott Foresman and Company (1974). He was also featured in The New Generation of Acting Teachers written by Eva Meckler (1988) and Acting Teachers of America, a vital tradition by Ronald Rand and Luigi Scorcia (2007).

has been added to your cart.
View Cart
close
Previous Next